How the Story Ends

How the Story Ends

1) Deliberately ended here …to emphasise faith needed without seeing (v6 Jesus risen) …to emphasise need to share (finish off this story ourselves) 2) Unintentionally ended here …Mark got ill, was arrested or died, just before he’d finished! 3) Didn’t end here…original end lost …or stolen or damaged, accidentally or deliberately …so later on, appropriate endings were written by others 4) Didn’t end here…original end found …maybe one of two endings found in 2nd cent (short or longv9-20)

Answer: We don’t know for sure!

‘Shorter ending’ (unversed) RSV…definitely not Mark’s words! “But they reported briefly to Peter and those with him all that they had been told. And after this, Jesus himself sent out by means of them, from east to west, the sacred and imperishable proclamation of eternal salvation”

Why incl. Mk 9-20 then?…should we use it?…count it as scripture? …In my opinion we can…it’s added for reason & is true! (consistent) …God inspired scholars in 367AD to put N.T. together and incl. this …Signs? Mark poss using e.g.’s of them (snake that bit Paul’s hand)

Whatever we decide doesn’t affect the overall message & conclusion …v1-8 states Jesus had risen, just as he said…& they’d see him soon …whether we end with v8 or v9-20, both give reader same challenges!

How will the reader respond… …Flee ‘cos hasn’t seen…or run to meet him? …Keep quiet, doubts/afraid…or go tell others?

v15-20 Jesus says ‘go preach this good news to everyone’ Q) Will the reader keep quiet or go tell others about Him? …(don’t be put off when some don’t believe…it happened then too!)

However Mark ends…it’s our ending that matters! …it’s a cliff-hanger and only you can write the end!

If the last chapter of Mk talked about your response…how would it end? …believed, run to join him, baptised, rejoicing…telling others about him?

Are you happy with your ending? …what would others reading the chapter make of your response? 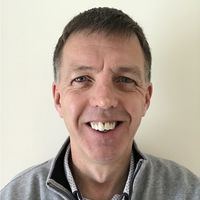 Phil received his call to full-time ministry as a child and since the age of 19 has served with Youth For Christ, the Baptist Missionary Society and several large churches before taking up his present role as Ministry Team Leader at Central Baptist Church. Phil’s a visionary leader with a heart to share the good news of Jesus and to see the church grow.

View all sermons by Phil Marsden.